By Susan B. Anthony Institute for Gender, Sexuality, and Women's Studies 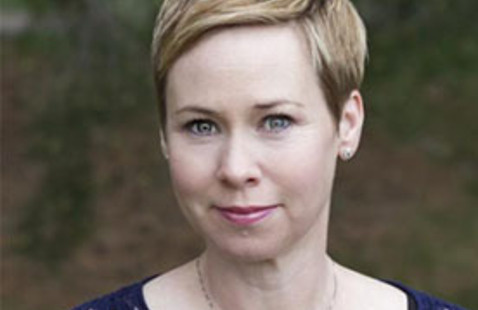 The recipient of the Janet Heidinger Kafka Prize for Fiction published in 2018 is Tiffany Quay Tyson, for her novel The Past Is Never.

Tyson will visit the University of Rochester for a reading and award ceremony, followed by a reception with free food and drink as well as a book signing.

Books will be available for purchase, provided by the Barnes and Noble Campus Bookstore. Free parking is available in Library Lot.

"Tiffany Quay Tyson’s The Past is Never is a haunting meditation on the limits and possibilities of repair. When a young girl goes missing, her siblings set out to find her, unearthing family secrets along the way. It is a coming-of-age story that becomes an inquiry into the ways in which our stories precede us, bound up as they are in long legacies of race, gender, class, and community." -Kafka Prize Committee

Since 1976, the Susan B. Anthony Institute for Gender, Sexuality, and Women's Studies and the Department of English at the University of Rochester have awarded the Janet Heidinger Kafka Prize for fiction by an American woman. The idea for the prize came out of the personal grief of the friends and family of a fine young editor who was killed in an automobile accident just as her career was beginning to achieve its promise of excellence. She was 30 years old, and those who knew her believed she would do much to further the causes of literature and women. Her family, her friends, and her professional associates in the publishing industry created the endowment from which the prize is bestowed, in memory of Janet Heidinger Kafka and the literary standards and personal ideals for which she stood.

Susan B. Anthony Institute for Gender, Sexuality, and Women's Studies

Please contact sbai@rochester.edu at least 10 business days in advance of the event to request ASL interpretation or other accommodations.

Ms. Tyson was great! I so enjoyed hearing from her. The food and drinks were very nice and much appreciated. The lighting was horrible. Ms. Tyson was backlit and stood in silhouette for her entire presentation. It was impossible to see her face. Very frustrating for audience unable to see the speaker. Turn on the lights. No reason for event to be in subtle lighting. Ridiculous.