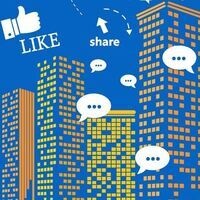 The Philip S. Bernstein Lecture presents a lecture by Lex Rofeberg, co-host of the Judaism Unbound podcast.  More details to be announced.
Lex Rofeberg is a Jewish Educator and Organizer who serves as Strategic Initiatives Coordinator of the Institute for the Next Jewish Future, and as co-host of its Judaism Unbound podcast. He came to Judaism Unbound in 2015 after a two-year Education Fellowship at the Institute of Southern Jewish Life, based in Jackson, Mississippi. His work on a range of Jewish issues has been featured in publications such as JTA, MyJewishLearning.Com, The Forward, Sh'ma Journal, and others. In recent years, he has participated in Jewish activism through his involvement in the groups IfNotNow and Never Again Action, and has served in advisory capacities for the American Jewish Peace Archive, Tikkun Olam Productions, Evolve: Groundbreaking Jewish Conversations and Mitzvah Matzos. A native of Milwaukee, Wisconsin who currently lives in Providence, Rhode Island, Lex is currently studying towards rabbinic ordination through ALEPH: The Alliance for Jewish Renewal, and received his certificate in Interfaith Families Jewish Engagement from Hebrew College. Some of his particular areas of interest include: digital Judaism, contemporary Jewish activism, interfaith families, and the intersection of Jewish practice with sports fandom.