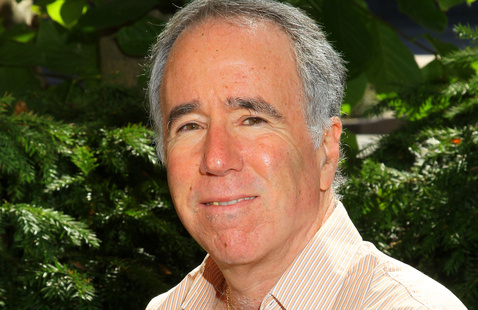 Rush Rhees Library, Hawkins-Carlson Room 105 View map Free Event
Add to calendar
Save to Google Calendar Save to iCal Save to Outlook

http://www.sas.rochester.edu/eco/news-events/jones-lecture.html
View map Free Event
Add to calendar
Save to Google Calendar Save to iCal Save to Outlook

Abstract: Little is known about optimal policy in the face of potential supply chain disruptions. Should governments promote resilience by subsidizing backup sources of input supply or encourage firms to source from safer, domestic suppliers? We address these questions in a model of production with a single critical input and exogenous risks of relationship-specific and country-wide supply disturbances. In the CES case, a subsidy for diversification achieves the constrained social optimum. When the demand elasticity rises with price, private investments in resilience may be socially excessive and the social planner may wish to favor sourcing at home or abroad.

Professor Grossman has received numerous professional honors and awards including the Onassis Prize in International Trade from the Onassis Foundation, the Cass Business School and the City of London, the Harry G. Johnson Prize from the Canadian Economics Association, the Bernard-Harms Prize from the Kiel Institute for the World Economy and fellowships from the Alfred P. Sloan Foundation and the John Simon Guggenheim Memorial Foundation.  He was elected a Fellow of the Econometric Society in 1992, a Fellow of the American Academy of Arts and Sciences in 1997, and a Life Member of the Council on Foreign Relations in 2008, and he holds Honorary Doctorates from the University of St. Gallen and the University of Minho.  Professor Grossman served a three-year term on the Executive Committee of the American Economic Association.  He is a research associate of the National Bureau of Economic Research and of the Center for Economic Policy Research, and serves on the editorial boards ofthe Journal of Economic Growth, the Review of International Economics, the German Economic Review, and several other professional journals.

Professor Grossman has written extensively on international trade.  He is well known for his work on the relationship between trade and growth, and in particular for his book with Elhanan Helpman entitled Innovation and Growth in the Global Economy.  He has also written (with colleague Alan Krueger) a pair of widely-cited papers on the likely environmental impacts of the North American Free Trade Agreement and on the relationship between economic growth and the environment, which initiated a voluminous literature on the so-called “Environmental Kuznets Curve.”  Another branch of Professor Grossman’s research focuses on the political forces that shape modern trade policy.  He and Elhanan Helpman collaborated on “Protection for Sale” and on two books, Special Interest Politics and Interest Groups and Trade Policy, published by the MIT Press and Princeton University Press, respectively.  With colleague Esteban Rossi-Hansberg, he wrote “Trade in Tasks: A Simple Theory of Offshoring,” which explores the wage effects of the globalization of production. Professor Grossman’s most recent research examines whether government policy should promote safety and resilience in global supply chains.

Professor Grossman is married to Jean Baldwin Grossman, a Senior Fellow at MDRC and a Lecturer in the Princeton School of Public and International Affairs.  The Grossmans are very proud of their two daughters, Shari (Internal Medicine Resident at Massachusetts General Hospital) and Dina (Vice President, Product at Oak Street Health).