Experience Rochester | 50 Years in Hollywood: A Conversation with Barry Meyer '64 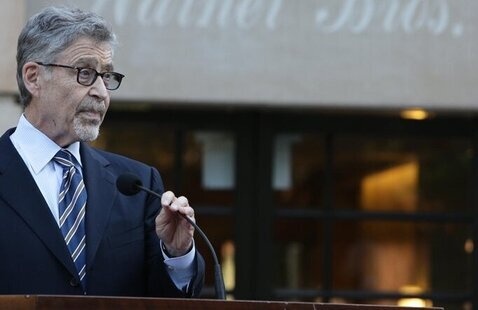 Join the University of Rochester Alumni Board for an engaging conversation with Barry Meyer ’64, former chair, and CEO of Warner Bros. Entertainment and a member of the University’s Board of Trustees, about his longtime and prolific career in the entertainment industry. Under his leadership, Warner Bros. launched blockbuster franchises such as Harry Potter and The Dark Knight; produced hit television shows like ER, Friends, Big Bang Theory, and Two and a Half Men; and began forming relationships with streaming giants such as Netflix and Amazon, which licensed television programs and other content. Meyer will share his perspective on the evolution of the entertainment industry, its contributions to American culture, his role in public policymaking, and the lessons he has learned over 50 years in Hollywood.

Experience Rochester is a series of events created to bring the very best of Rochester directly to you. This special series exemplifies the University of Rochester’s commitment to lifelong learning. Although currently being launched through online events, this is a permanent program that will be devoted to featuring topics and speakers unique to the University. Expand your knowledge and fulfill your intellectual curiosity through Experience Rochester.

Dial-In Information
Register here.  A link and information on how to join the lecture will be included in your registration confirmation email.

If you anticipate needing any type of accommodation or have questions about the access provided, please contact the Office of Special Events using the information below. In all situations, a good faith effort (up until 24 hours before the event) will be made to provide accommodations.