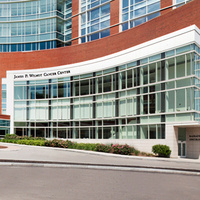 The inaugural event, which took place in August 2015, was inspired by two incredible men, Glenn Palmer, who passed away in July 2015 from Non-Smokers Lung Cancer, and Mark Head, who was diagnosed with Pancreatic Cancer in 2015. At that time, a few friends of both Glenn and Mark decided to hold a golf tournament to raise money for The Wilmot Cancer Center. What began as a simple idea resulted in the largest event of the season at Greystone Golf Club and lead to the creation of The Palmer/Head-Strong Foundation, Inc. We are a not for profit charitable organization that focuses primarily on our one event of the year.

All money generated through our golf tournament is donated to both The James C. Wilmot Cancer Center of The University of Rochester Medical Center to be used toward ongoing research into both Non-Smokers Lung Cancer and Pancreatic Cancer
and The Palmer/Head-Strong Pay it Forward Gift Card Fund to be used toward the purchase of gift cards to support local individuals and families who are being treated for or are living with cancer.