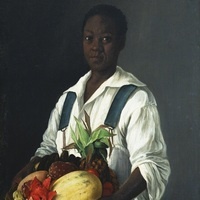 Conversation: Afro-Mexico, Then and Now

Join us for a conversation and book release as Prof. Pablo Miguel Sierra Silva, assistant professor in the Department of History, discusses his new book, Urban Slavery in Colonial Mexico: Puebla de los Angeles, 1531-1706, and the current Afro-Mexican reality.

Approximately 1.3 million people identified as "afrodescendientes" in a recent Mexican census. What does claiming African descent mean to this population? And how have the meanings of blackness changed since the colonial period and the current migrant caravan context?

Prof. Sierra Silva will be signing copies of the new paperback edition of his book.