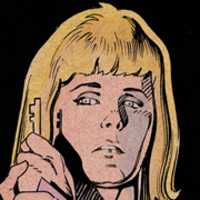 At a time when operatic productions are becoming increasingly expensive and when they are failing to attract younger audiences, TableTopOpera’s presentations of Pelléas and Mélisande (2012) and Salomé (2014) were a very cost-effective way to present great operas to the Rochester community while, at the same time, engaging with important social and aesthetic issues.  Building on that experience, TableTopOpera will present Ariane and Bluebeard (Ariane et Barbe-Bleue) at the University of Rochester in September, 2018.

“Bluebeard” (Barbe-Bleue) was among the original stories in the Tales of Mother Goose, written by Charles Perrault (1628-1703) and first published in 1697.  In this tale, a curious wife finds the bloody corpses of Bluebeard’s previous wives, but she is saved in the nick of time from a similar fate.  This horror story was often graphically depicted and became quite popular in Europe and the United States in the 19th century.  However, there was a dramatic counter-narrative in Ariane et Barbe-Bleue (Ariane and Bluebeard), an opera by Paul Dukas, first performed in Paris in 1907, and based on the play and libretto composed from 1899-1902 by the future Nobel Laureate, Maurice Maeterlinck .  In this version, the heroine Ariane refuses to be controlled by the incomprehensible rules and prohibitions of the patriarchal Bluebeard, and she is determined to find and free the missing wives who are not dead but held in a tomb-like prison.  Maeterlinck’s Ariane and Bluebeard may be one of the earliest dramatic presentations of a modern liberated woman and a call for women’s rights, as Ariane embodies intelligence, reason, and self-reliance in the face of social restrictions and subjugation.

The Humanities Project Ariane and Bluebeard: From Fairy Tale to Comic Book Opera aims to explore the social, spiritual, and aesthetic dimensions of the Bluebeard story and opera through a roundtable, an exhibition, and a performance of the Dukas opera.  The project will draw scholars from various departments and disciplines to discuss and analyze Ariane and Bluebeard from multiple perspectives, including religion and philosophy, literature, the visual arts, music, and women and gender studies.  The exhibition at Rush Rhees Library on the River Campus will consist of various book illustrations of the Bluebeard fairy tale over the centuries, including more recent work by the comic book artist P. Craig Russell, whose graphic novel of the opera Ariane and Blue Beard will serve as the backdrop for performances of the opera by TableTopOpera.