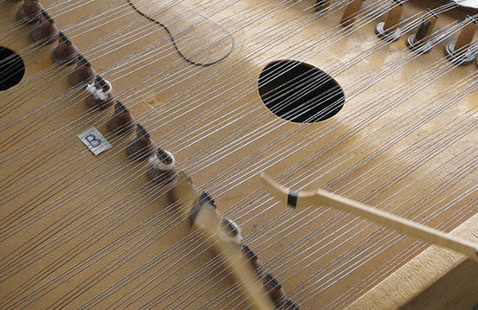 A native Chinese, Wenzhuo Zhang ‘20E (MA), began her training on the yangqin () at the age of five. When she was thirteen, she was given a full scholarship to the highly competitive Arts School of He Bei Province, which accepted only one yang qin student every two years. After graduation, she placed first in the Chinese national auditions and was admitted into the National Academy of Chinese Theatre Arts in Beijing, where she was awarded her Bachelor’s in yang qin performance in 2005.  After Wenzhuo was awarded her Doctorate from Boston University in music education in 2015, she studied Ethnomusicology at Eastman from 2017 to 2019.

As a performer, Wenzhuo has performed with Chinese orchestras, Silk and Bamboo ensembles, Peking opera orchestras, as well as Western wind ensembles. She has given a series of lecture-recitals in China and the United States. Wenzhuo has also earned many performance-related awards, including the Gold Medal in Beijing-National Youth Arts Professional Competition, the Silver Medal in the second New Orient-National yang qin Competition, and first place in the International Hammered-Dulcimer Championship in the United States. As a scholar with a dual interest in ethnomusicology and music education, Wenzhuo has published journal articles in China and the United States and has presented at international and national conferences.