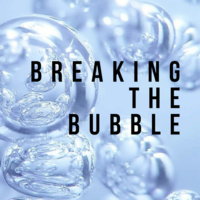 "Rochester 's Place in Music History, From Cab Calloway to Scorgie's to The Jazz Fest to the Rochester Music Hall of Fame"

Jeff Spevak, longtime local arts writer and Rochester Democrat and Chronicle pop/rock critic for more than two decades, takes us on a personal and opinionated trip through Rochester's music scene in the 20th and 21st centuries. From the Blues to Punk, from Jazz to Rock, Spevak talks about his front row seat at so much of Rochester music. Spevak, a Cleveland native, came to the D&C in 1989 as assistant sports editor, then shifted to pop/rock critic in 1992. He has covered the arts extensively, from classical music to dance to literature. His book on a Lake Ontario sailor who survived a horrific sea battle in World War II, will be published by Lyons Press on May 1.

“Breaking the Bubble” is sponsored by UR’s Office of Residential Life and Housing Services, The Rochester Center for Community Leadership and the Community Service Network.