By Department of Chemistry 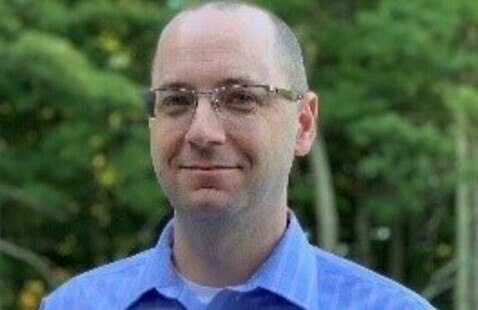 Jeff graduated from Dartmouth College with his Doctorate in 2006. He joined the lab of Prof. Amos B. Smith, III at the University of Pennsylvania as a National Institutes of Health Postdoctoral Research Fellow. After his postdoctoral appointment, Jeff joined Wyeth Pharmaceuticals in 2008 as a process chemist. After being acquired by Pfizer in 2009, Jeff moved to Groton to continue his career as a process chemist in early development where he led the development of multiple oncology, rare disease and neuroscience assets until taking an opportunity to lead the Process Safety Group in 2015. As the Team Lead for Process Safety, Jeff and his group ensured the safe execution of chemistry from early discovery through commercial launch.

In June of 2019, Jeff joined Vertex Pharmaceuticals as Associate Director of Process Chemistry. He was tasked with building a Process Safety team and lead early development of assets coming from Vertex’s Boston site. He currently has responsibilities for high-throughput experimentation and separation sciences as well. Jeff’s current title is Director, Process Chemistry.

Click "Join Stream" or use the following link to join:
https://rochester.zoom.us/j/6324616276?pwd=dXQ1VzVIbzhEUnVPOUtiazhrMXhZZz09