By Department of Art and Art History, Graduate Program in Visual and Cultural Studies 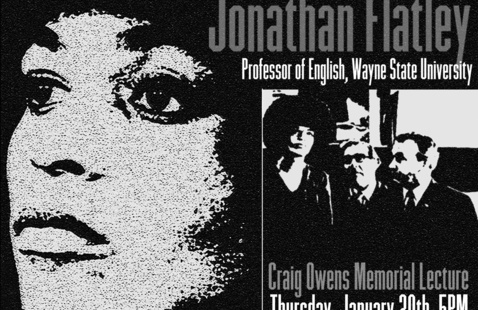 The lecture will address the political possibilities and difficulties presented by Black communist stardom. What kinds of collectivities does the star activate or make possible? And how is that distinct from or related to the collectivities that a revolutionary communist party may bring into existence? What happens when a revolutionary leader becomes a star? I am taking up these questions in relation to Angela Davis, whose extraordinary fame in the early 1970s is marked not only by her exceptional style, charisma, and intelligence but also by her Black radical communist politics. I approach the question of her stardom and its aesthetic and political potential by way of legendary queer performer Vaginal Davis and a story she tells about renaming herself in “sexual homage” to Angela Davis after seeing her in a Soviet film, Our Friend Angela.  The talk is drawn from the final chapter of Flatley’s in-progress book on Black Leninism and revolutionary counter-moods.

Sponsored by the Graduate Program in Visual and Cultural Studies.

Department of Art and Art History, Graduate Program in Visual and Cultural Studies