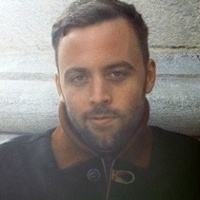 Abstract: This talk will present the research and trajectory of the Architectural Biometrics project at the University of Rochester. Architectural Biometrics is a platform that addresses the lack of tools for comparative analysis of spatial data. The platform is inspired by research on the Canadian and Ottoman railways, both of which include an array of prefabricated building designs that display fascinating dissimilarities. Analogous to facial recognition software, the platform algorithmically analyzes 3D scans. It allows users to compare similar objects and to develop a better understanding of human agency in the analyses. Architectural Biometrics providing humanities researchers with an original way to look at the production of cultural artifacts produced in series. It also reasserts the authorial roles of those left out of the textual record. The project combines the computational capacity for empirical inquiry with the humanistic concerns of authorship and process in design and considers the irregularities of serially produced objects as significant occurrences that testify to the “biometric” identities of things.

Bio: Peter Christensen, assistant professor of art history at the University of Rochester. His specialization is modern architectural and environmental history, particularly of Germany, Central Europe and the Middle East. His theoretical interests center on issues of geopolitics and multiculturalism. He also maintains a strong interest in infrastructure and its history. He explores critical applications of the digital humanities in his research and teaching which includes a major research project entitled Architectural Biometrics. He is the author of the book, Germany and the Ottoman Railway Network: Art, Empire, and Infrastructure (New Haven: Yale University Press, 2017).

Peter received his PhD from Harvard University. Peter has served as Wissenschaftlicher Mitarbeiter at the Technische Universität München (2012-2014) and Curatorial Assistant in the Department of Architecture and Design at the Museum of Modern Art (2005-2008). Peter holds a professional Bachelor of Architecture from Cornell University, a Master of Design Studies in the History and Theory of Architecture, with distinction, and a Master of Arts, both from Harvard.