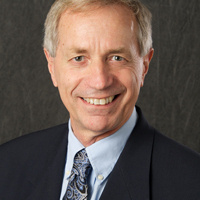 Patrick Schlievert, Ph.D., Professor and Chair of the Department of Microbiology from the University of Iowa will present "Staphylococcus aureus Superantigens Kill. So…What Can We Do About It?"

Hosted by Steve Gill and sponsored by the T32AI118689, "Infection and Immunity: The Pathogenesis of Host-Microbe Interactions"

Seminar Abstract: According to the CDC, S. aureus is the greatest cause of infectious disease deaths. For example, there are over 500,000 cases of post-surgical infections yearly, with a nearly 20% death rate. There are 70,000 cases of pneumonia, often associated with upper respiratory viral infections, with a death rate as high as 70%. The organism causes 40,000 cases per year of infective endocarditis with 16,000 deaths. S. aureus is the most common cause of bone infections, and the organism is associated with 33 million cases of atopic dermatitis and 30 million cases of diabetes mellitus II. S. aureus is a multi-dimensional pathogen with both cell surface and secreted virulence factors. Vaccination of humans in 5 trials against the organism, by other investigators using various cell surface factors, has resulted in 5 times more deaths in vaccinated people than in unvaccinated. We recently showed that the basis for this observation is that S. aureus aggregates to cause human diseases, and antibodies to the cell surface increases aggregation. We have successfully vaccinated animal models of pneumonia, infective endocarditis, and surgical site infections by using toxoids of three secreted virulence factors: two superantigens (toxic shock syndrome toxin-1 and enterotoxin C) and one cytotoxin (alpha toxin). The vaccination relies on cross-reactivity among secreted virulence factors, also showing these factors are required for disease. A study was recently completed showing a toxoid of toxic shock syndrome toxin-1 could be used as a vaccine candidate without toxicity to humans. We have also studied the ability of a FDA generally recognized as safe compound, formulated as a gel (GML Gel) to reduce staphylococcal superantigen and cytotoxin production vaginally in women, and on the skin of atopic dermatitis and diabetes mellitus II patients. Collectively, these approaches should decolonize people of S. aureus and provide vaccination protection.plasmablast clones were first observed after the second immunization. In spite of intense affinity maturation and strong genetic evidence of selection, both intra- and inter-clonal diversity remained high through the 18 months of observation. At each immunization, approximately half or more of the IgVRG recovered belonged to clones that had not been observed previously. Each clone exhibited a pattern of growth and decline; at no time did any clone rise to dominance. Patterns of selection pressure within clones changed regularly over the lifetime of the clone.