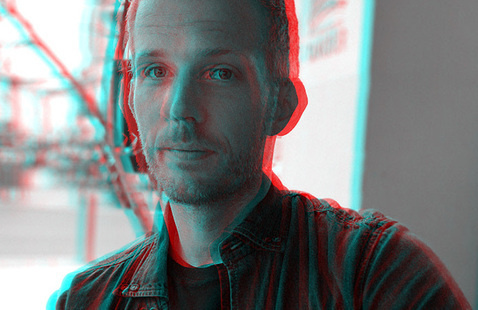 The Andrew W. Mellon Digital Humanities Fellows at the University of Rochester are pleased to invite you to attend the second DigiTalk of the Fall 2021 semester. The session will feature a conversation with Jeffrey West Kirkwood, an Assistant Professor in the Department of Art History and the Department of Cinema at Binghamton University.

Kirkwood's talk addresses a core shift in the relationship between meaning and value that has occurred in the transition from an industrial to an informational economy. It argues that Bitcoin is a paradigmatic technology for understanding the digital economy’s inversion of industrial era concepts and its invention of new forms of surplus. By exploring the proof-of-work system underlying Bitcoin, he will suggest that it is not simply an outlying case of energy wastage in an otherwise streamlined drive to informational efficiency. Rather, the talk will consider how it challenges the efficiency and optimization narrative at the heart of industrial capitalism, creating a horizon of negative consequences that have yet to be fully realized.

Jeffrey West Kirkwood is an Assistant Professor in the Department of Art History and the Department of Cinema at Binghamton University. He received his Ph.D. from Princeton University and has been a fellow at the Cornell University Society for the Humanities and the International Research Institute for Cultural Technologies and Media Philosophy (IKKM) at the Bauhaus University in Weimar, Germany. His writing has been published in October, Grey Room, Texte zur Kunst, Zeitschrift für Medien -und Kulturforschung (ZMK), OSMOS, Idiom, Jacobin, and a number of collected volumes. Most recently, he is the editor of a special issue of Critical Inquiry on "Surplus Data" along with co-editors Patrick Jagoda, Orit Halpern, and Leif Weatherby, and his article on the implications of blockchain technologies is forthcoming in that same issue. In 2018 he co-edited and co-wrote the introduction to the first English-language translation of Ernst Kapp's Elements of a Philosophy of Technology for the University of Minnesota Press's Posthumanities series and his book Endless Intervals: Cinema, Psychology, and Semiotechnics around 1900 is also forthcoming with Minnesota in 2022.

He suggests reading before his talk the intro to the forthcoming special issue of Critical Inquiry on “Surplus Data.” This issue is not out yet, and the authors would appreciate it if the participants would not distribute the text or cite the text until it's out in its final form. The pdf with the text will be sent to the participants after registration.

*Zoom link will be sent out the Thursday before the event.