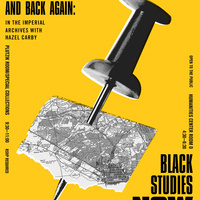 What is the state of black studies at the University of Rochester—and in the world? What shape should black studies take at UR? What does it mean to study race and racial formations at this point in political and intellectual history—and to do so in Rochester? Central to making African & African American Studies a world-renowned department at Yale University, Professor Carby will discuss these questions with UR faculty and the audience.

Hazel V. Carby is the Charles C. and Dorathea S. Dilley Professor of African American Studies, Professor of American Studies, and Director of the Initiative on Race, Gender, and Globalization at Yale University. She is one of the most influential scholars of culture and cultural politics of the past forty years. A major force in bringing cultural studies—especially as it descends from her extremely important teacher, Stuart Hall—to the United States, she has shaped generations of scholars through her writing and teaching. Read more about Carby online. English).