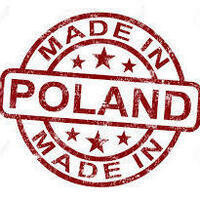 Does Poland Have Its Own Carefully Planned Soft Power? Polish Foreign Policy After 1989

Millions of people saw the fall of the Berlin Wall and the early 1990s as the beginning of a new era. Authoritarian dictatorships on almost every continent lost their strategic patrons and were forced to change their political systems. For the first 25 years after the collapse of communism Poland had very clear foreign policy priorities, including membership in NATO and the EU, which were very rarely questioned by successive governments. Poland was able to project internationally the image of a liberal, socially tolerant, economically successful and cooperative country. Recently this image has wavered as Polish foreign policies are reshaped by the more conservative and national identity-focused decision-makers of the current government. Is this part of a much wider global phenomenon, or is it driven by Central European-specific features? Is it possible to combine double or multiple national and cultural identities in the European Union in times of crisis? Are Poles in favour of “polexit” or are they fervent supporters of the EU?

Piotr Kłodkowski is a Professor at Jagiellonian University in Krakow in the Center for Comparative Studies of Civilizations, and served as Ambassador of Poland to India from 2009 to 2014.