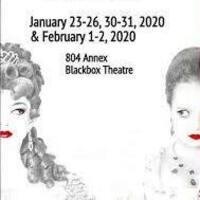 Prima la Musica … and Der Schauspieldirektor will be the Black Box Studio production directed by Ian Silverman, an Eastman Directing Master of Music Candidate, with musical direction by Timothy Long, Music Director of Eastman Opera Theatre. These two short operas – one by Mozart and the other by his great rival Antonio Salieri — were originally presented as a double bill in February 1786, and each is a highly amusing send-up of the creation of an opera, with character that range from poets with writer’s block to rival divas fighting over star billing.