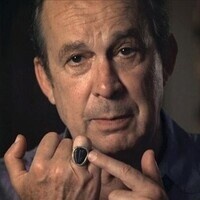 The Department of History invites you to a screening of El Alcalde (2012), a powerful documentary and winner of Best Documentary at the Baja International Film Festival. The 81-minute film, which has been described as "power confronting power" follows Mauricio Fernandez, the mayor of San Pedro Garza García in Nuevo León, one of Mexico's most affluent municipalities. Providing an intimate portrait of a man who often takes the law into his own hands to keep his constituents safe amidst the current drug war, the documentary is equally polemic and thought-provoking.

Movie-time snacks will be provided and available in the adjacent conference room.

This event is co-sponsored by the One Community Program and the following departments on campus: History, VCS, UCIS and the Undergraduate History Council.