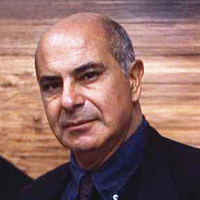 This event has been cancelled. At this time, it has not been rescheduled.

Abstract:
A traditional approach to political ontology is the one based on the opposition between Aristotle’s and Hobbes’ respective conceptions regarding human beings. Whereas Aristotle asserts that human beings are political and social by nature, Hobbes affirms that they are by nature asocial and unpolitical. What would be the consequences though if one were to start from the confrontation not between Aristotle and Hobbes but rather between Aristotle and Machiavelli? What would emerge would be a political ontology geared toward joining two notions of politics that have been traditionally perceived as antithetical within western philosophy, namely politics as praxis (from Aristotle to Hannah Arendt) and politics as event, as timely intervention into the constellation of the present, as ability to grasp “the signs of the time” (from Machiavelli to Benjamin).

Parking Information: A number of parking permits have been reserved in the Library Lot on a first come first serve basis. Participants should stop at the Information Booth on Wilson Blvd. and tell the attendant that they are on campus for an MLC Corridor Event. They will receive a parking pass and directions to the parking lot.