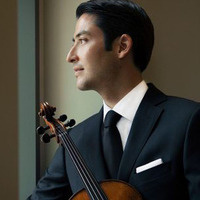 The Grammy Award-winning violist Masumi Per Rostad has received praise for his rich and expressive tone, energy, and commanding presence, and has been described by critics as an “electrifying, poetic and sensitive musician.” In addition to performing, Rostad teaches and has contributed to online and print publications.

Rostad started studying music, initially on the violin, at the Third Street Music School Settlement in New York City when he was three years old. He discovered the viola when he was twelve years old and four years later, attracted to the instrument’s warm and mellow sound, devoted himself to the viola.

As a member of the Pacifica Quartet, which he joined in 2001, Masumi has performed and toured extensively throughout the United States, Europe, Asia, and Australia. In 2009, the quartet received a Grammy for Best Chamber Music Performance and was named Musical America’s Ensemble of the Year. Other honors include the Cleveland Quartet Award and the Avery Fisher Career Grant. From 2009 to 2012, Pacifica was the quartet-in-residence at the Metropolitan Museum of Art, a position that had been held only by the Guarneri String Quartet. The ensemble has served as quartet-in-residence at Indiana University’s Jacobs School of Music, the University of Illinois at Urbana-Champaign, Northwestern University, and the University of Chicago.