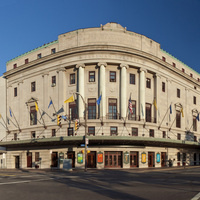 Mussorgsky: Pictures at an Exhibition

Eastman faculty members are world-renowned soloists and chamber musicians; their recitals in Kilbourn Hall and Hatch Recital Hall are an important part of Rochester's concert calendar.

The Faculty Artist Series is generously supported by Patricia Ward-Baker.