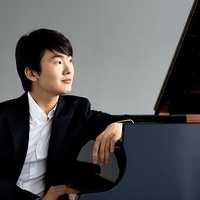 The young South Korean pianist’s mature musicianship and refined artistry secured him First Prize at the 17th Chopin International Piano Competition in 2015. Since then he has won a significant international following, underlined by the pop-chart-topping status of his Deutsche Grammophon debut album, invitations to appear at the world’s foremost concert halls, and a succession of superlative reviews.

Pictures at an Exhibition

Prices start at $24 Discounts Available with valid UR ID