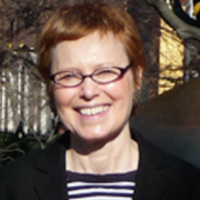 CANCELED. The keynote lecture is titled,  "The Emperor and the Falcon: Knowledge Worlds of the Medieval Mediterranean"

Historians often present Greek, Arabic, and Latin science as stages in the progress toward a “modern” science that developed in the European university. In fact, the three existed in communication with one another throughout the Middle Ages and well into the early modern period. Shifting the focus from university science to court science, this talk treats the medieval Mediterranean as an open, multilingual space, in which people, objects, and animals circulated relatively freely, even during times of military conflict. Trans- Mediterranean elites were linked by marital, political, and military alliances. They participated in a shared culture which included an obsessive interest in hunting, generating a large body of knowledge about the natural world that traveled in the form of animals bred and/or trained for the hunt (especially, as this talk will examine, birds) as well as knowledge about hunting techniques and skills.

About the speaker: Katharine Park, the Samuel Zemurray, Jr. and Doris Zemurray Stone Radcliffe Professor of the History of Science at Harvard University, is a historian of medieval and early modern science and medicine. Her books include Secrets of Women: Gender, Generation, and the Origins of Human Dissection (2007) and Wonders and the Order of Nature,
1150-1750, co-authored with Lorraine Daston (1997). Her current book project, Knowledge and its Objects: A New History of Medieval Science, co-authored with Ahmed Ragab, of Harvard Divinity School, has been generously supported by the Max Planck Institute for the History of Science in Berlin.