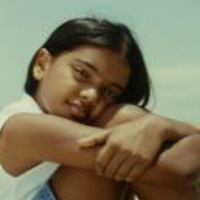 The film panel features Amanda Weidman of Bryn Mawr College, Erica Jones of the Eastman Museum, and Nimanthi Rajasingham of colgate University. A screening of Kannathil Muthammital (2002, Tamil) will follow at 1:45 to 4 p.m.

Filmi Worlds: A Festival of Indian Cinema combines movie screenings, scholarly talks, and public conversations about South Asian films over the course of one film-filled weekend. Featuring films containing star actors, directors, and music directors, panels of film experts, and an audience of Indian cinephiles, “Bollywood” novices and longtime fans alike will find something of interest!

The festival is presented in partnership with the University of Rochester, the Eastman School of Music, and Hamilton College. Supported by the Central New York Humanities Corridor from an award by the Andrew W. Mellon Foundation, and by the George Eastman Museum.