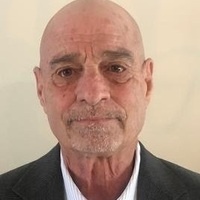 Join us for a free Hopeman Carillon Concert with Frank DellaPenna, known as the creator/performing artist of the musical act Cast in Bronze. Bring a blanket and sit on the Eastman Quad as you hear carillon music played 186 feet above you. Stick around after the concert to meet the performer!

Covid Information
We ask that attendees be vaccinated and that groups maintain social distancing from other groups. Vaccinated individuals do not need to wear a mask.

About the performer
Frank DellaPenna is a graduate of West Chester University and The French Carillon School, former resident carillonneur of the Washington Memorial Chapel in Valley Forge, PA, and creator/performing artist of the musical act Cast in Bronze. He has been a full-time entertainer for the past 30 years.

DellaPenna began studying the carillon with Frank Law in 1969 at the Washington Memorial Chapel in Valley Forge, PA. He passed his advancement recital with the Guild of Carillonneurs in North America in 1973.  A year later, he was accepted as the first American to the French Carillon School, obtaining the degrees of "Carillonneur" and of "Master-Carillonneur." While in Europe, DellaPenna performed for the international carillon performance competition sponsored by the Royal Carillon School of Mechelen, Belgium, and was awarded first prize.

In 1976, he was hired by the Verdin Company. He sold, repaired, and installed many carillons during his years with Verdin until he accepted a position at Schulmerich Carillons, Inc. of Sellersville, PA, as a national sales manager.

In 1985 DellaPenna became the resident carillonneur of the Washington Memorial Chapel in Valley Forge, Pennsulvania. He has been a guest performer at many carillons in the United States, Canada, and Europe and has performed at numerous carillon festivals, and at the World Carillon Congress in Zutphen, The Netherlands.

In 1991, America's only traveling carillon was placed in his care. He created a musical act called "Cast in Bronze " that featured the carillon with other instruments. Cast in Bronze performed for the Mass of Pope John Paul II in Central Park, New York, has appeared on the NBC Today Show, America's Got Talent, and at Walt Disney World's Epcot. At Epcot, Cast in Bronze became the longest-running act on the Fountain Stage in Disney's history with over 1,500 shows. DellaPenna created a Holiday Show for Epicot which ran for six consecutive years. Cast in Bronze has opened for famous rock stars and performed on stage at the Dodge Theatre in Phoenix for Alice Cooper's Annual Christmas Pudding Concert.

DellaPenna, as Cast in Bronze, has performed more than 15,000 shows at music, art, and renaissance festivals across the U.S. He has produced fourteen albums, written a two-hour musical about the carillon, produced an award-winning DVD called "Under the Moon", and wrote and produced "Meet the Carillon", an educational DVD about the carillon and North American Carillon School. He produced a documentary called "Cast in Bronze Unmasked", where he answers questions about his life, career, and hopes for the future.

He created the Cast in Bronze Society to fund scholarships for musicians to attend the North American Carillon School, where he is the CEO and a faculty member.

About our carillon
For more information about the Hopeman Carillon, please visit sas.rochester.edu/mur/carillon/index.html, or our Facebook page www.facebook.com/HopemanCarillon

For more general information about carillons, feel free to visit the Guild of Carillonneurs in North America's website gcna.org or their Facebook page https://www.facebook.com/thegcna