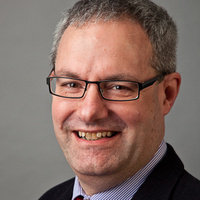 Professor Roper teaches and researches early modern England and its empire. He is interested primarily in the creation and development of early American societies and the expansion of early modern European trading and colonization interests, as well as the history of the Americas and the British Isles between 1450 and 1815 in general. Professor Roper is the author of Advancing Empire: English Interests and Overseas Expansion, 1613- 1688 (Cambridge UP, 2017) and a co-editor of the Journal of Early American History. He is a recipient of the SUNY Chancellor's Award for Excellence in Scholarship and Creative Activities.

This lecture is a part of the Mary Young Lecture series.