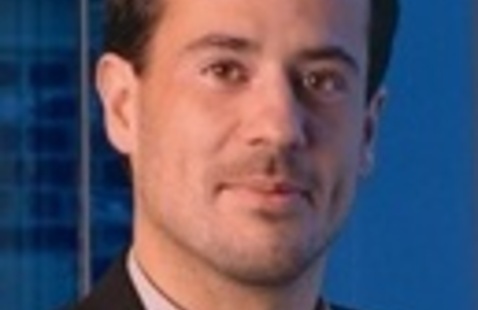 Abstract: Convolutional Neural Networks (CNN) are layered information processing architectures in which each of the layers is itself the composition of a convolution operation with a pointwise nonlinearity. Graph Neural Networks (GNNs) replace the regular convolution operation with a graph convolution operation. We will discuss graph convolutions, their use in building GNN architectures, and explore stability properties of GNN operators. The stability results establish that a GNN is stable to graph deformations that are close to permutations. This result provides a theoretical basis to characterize classes of machine learning problems in which we expect GNNs to work well. We will discuss applications to control of large scale collaborative autonomous systems and wireless networks.

Alejandro Ribeiro received the B.Sc. degree in electrical engineering from the Universidad de la Republica Oriental del Uruguay, Montevideo, in 1998 and the M.Sc. and Ph.D. degree in electrical engineering from the Department of Electrical and Computer Engineering, the University of Minnesota, Minneapolis in 2005 and 2007. From 1998 to 2003, he was a member of the technical staff at Bellsouth Montevideo. After his M.Sc. and Ph.D studies, in 2008 he joined the University of Pennsylvania (Penn), Philadelphia, where he is currently Professor of Electrical and Systems Engineering. His research interests are in the applications of statistical signal processing to collaborative intelligent systems. His specific interests are in wireless autonomous networks, machine learning on network data and distributed collaborative learning. Papers coauthored by Dr. Ribeiro received the 2014 O. Hugo Schuck best paper award, and paper awards at EUSIPCO 2019, CDC 2017, SSP Workshop 2016, SAM Workshop 2016, Asilomar SSC Conference 2015, ACC 2013, ICASSP 2006, and ICASSP 2005. His teaching has been recognized with the 2017 Lindback award for distinguished teaching and the 2012 S. Reid Warren, Jr. Award presented by Penn’s undergraduate student body for outstanding teaching. Dr. Ribeiro is a Fulbright scholar class of 2003 and a PennFellow class of 2015.