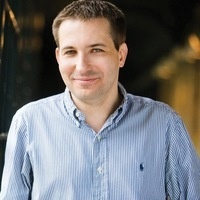 How Art is Made: On the History of the Soviet Textological Film

Negotiating the fine line between avant-garde film and academic study, a unique genre appeared in Soviet cinema of the 1930s: the "textological drama.” Pushkin’s Manuscripts, a one-reeler that was made virtually as an underground project, turned out to be one of the high points of the nationwide Alexander Pushkin celebrations in 1937. On the contrary, How Mayakovsky Worked (1947) was severely criticized and mutilated by the censors as a “formalist” piece. Dr. Bagrov will discuss this genre, focusing on its founding father, avant-garde director and scriptwriter Sergei Vladimirskii, whose so-called "popular science films" on subjects ranging from the Moscow Art Theatre to Russian poetry and dance were often the basis  for daring formal experiments.