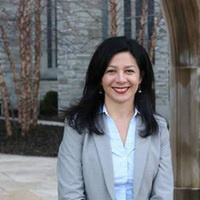 Why do confessions often swamp all other evidence in the United States criminal justice system? I show that the answer to this question involves a distinctive kind of testimonial injustice, one that results from extracted evidence receiving an unwarranted excess of credibility. This normative framework adapted from philosophy allows social scientists and legal scholars to better understand the wrongs suffered due to false confessions.

Part of the Humanities Center's "Expertise and Evidence" series.

Jennifer Lackey is the Wayne and Elizabeth Jones Professor of Philosophy at Northwestern University, the Director of the Northwestern Prison Education Program, and the editor of Episteme and Philosophical Studies. Most of her research is in the area of social epistemology, with a recent focus on issues involving the rationality of punishment, credibility and false confessions, the epistemology of groups, and disagreement. Jennifer is the winner of the Dr. Martin R. Lebowitz and Eve Lewellis Lebowitz Prize for Philosophical Achievement and Contribution and the Young Epistemologist Prize, and has received grants and fellowships from the Mellon Foundation, the American Council of Learned Societies, the National Endowment for the Humanities, and the Alice Kaplan Institute for the Humanities.

Elizabeth, I emailed the Humanities Center who organizes this talk and they said they are unable to stream or record their lectures. If you have further questions, please feel free to email directly to humanities@rochester.edu.

Can this be viewed on the web? Will there be a recording for individuals who are unable to go to the lecture but are interested in listening?