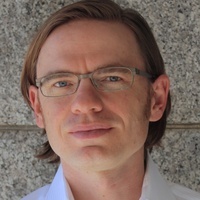 "Subnational to Planetary: Environmental Lessons from the History of Homeland Protection"

It's impossible to protect our planetary home without first caring about local nature at home. However, "homeland" is a vexed term with connections to destructive ultranationalism. The history of tree protection in Germany provides lessons for the world today.

Jared Farmer is a history professor at the University of Pennsylvania. He specializes in environmental history, landscape studies, and the North American West.

The lecture is part of the Humanities Center's "Communities" series.