The Thrill of Finding Your Imperfect Match: Queer Algorithms, Queer Futures, and the Reality Dating Program 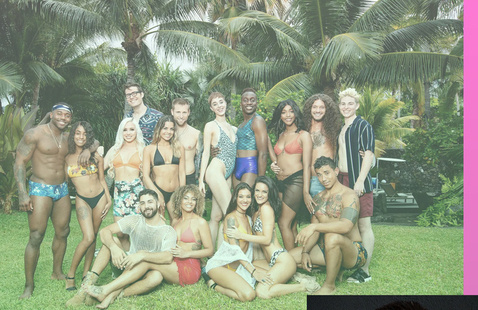 Morey Hall, 321 View map Free Event
Add to calendar
Save to Google Calendar Save to iCal Save to Outlook

Mapping a genealogy of dating programs that engage both in queer subtext and in proto-algorithmic conceptions of compatibility, I turn to the eighth season of MTV’s Are You The One (2018), which made headlines for having an entirely bisexual or sexually-fluid cast. Noting the synergies as well as the gaps between algorithmic culture and reality formatting, I interrogate how smartphone algorithms influence the perception and normalization of non-traditional forms of queer sexuality, similar to how these algorithms have come to govern everyday life. In diagramming the spectatorial relations at play between the smartphone and the television, I ask how we can truly “trust the process” and find “true love” simultaneously, on- or off-screen.

The University of Rochester is committed to providing inclusive experiences and equal access to programs and services. If you anticipate needing any type of accommodation, please contact Lorna Maier (585-275-9249, lmaier@ur.rochester.edu). In all situations, a good faith effort (up until the time of the event) will be made to provide accommodations.