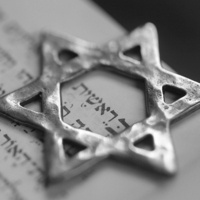 While the sixteenth century was marked as a period of transition and migration for European Jews, following the expulsion from the Iberian Peninsula, it was also, paradoxically, a period of tremendous creative activity. Beginning in 1489, Jews in Northern Italian states took part in the flourishing artistic enterprises that characterized the Renaissance. Jews were dance masters, musicians and expert theatre makers: actors, directors, producers and writers. Jews used theatrical productions as a way of paying tribute to their patrons and also a way to pay their community tax. They produced plays in Italian at Carnival and for weddings and civic celebrations. They also produced original plays in Hebrew during Purim celebrations for their own community members. Theatre became a cultural currency for the Jews; one that allowed them to create social and cultural exchanges with their Christian neighbors and also cultivate a distinctive contribution to their own community’s culture. This talk will highlight some of the most notable theatre performance staged by the Jews of early-modern Northern Italy.

Erith Jaffe-Berg is a Professor and Chair of the Department of Theatre, Film and Digital Production at the University of California at Riverside. She is the author of several scientific articles and books, including: Commedia dell’ Arte and the Mediterranean: Charting Journeys and Mapping “Others” (Ashgate Publishing, 2015 & Routledge) and The Multilingual Art of Commedia dell’Arte (Legas, 2009).