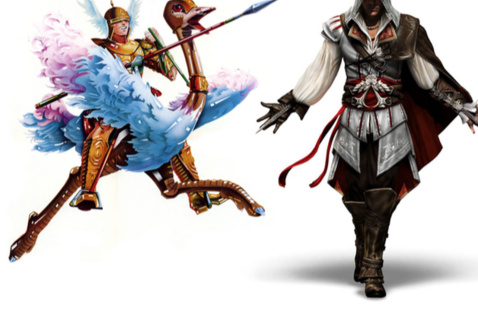 Do you love video games? Do you love the Middle Ages? Spend an afternoon with both at our first-ever medieval gaming event: "Joust to Assassin's Creed: Medieval Themes in Video Games." We'll have stations for participants to play games ranging from classics like Zelda and Joust to hits like Assassin's Creed and Super Smash Brothers to indies like Hollow Knight and Apocalypsis. We will also have a series of lightning talks from students, followed by discussions about the implications and experiences of medieval-themed games. Bring some friends and join us in exploring one of gaming's oldest influences: the Middle Ages.

Sponsored by the Art / Music Library and the Rossell Hope Robbins Library as part of the Press Play Series.