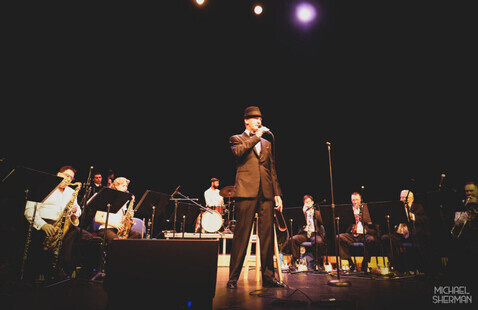 CenterStage Theatre at the JCC: Dawn Lipson Canalside Stage View map $25
Add to calendar
Save to Google Calendar Save to iCal Save to Outlook

While "Sinatra at the Sands" is the definitive portrait of Frank Sinatra in the ’60s, "Sinatra at the Sands Reprise" recreates the a 1966 show, featuring Frank Torchio’s rendering of the Chairman and The Russell Scarborough Orchestra. It includes many of the songs that are most closely identified with Frank Sinatra, such as "Come Fly With Me," "The Lady is a Tramp," "I’ve Got You Under My Skin," and "Luck be a Lady," as well as comedy and impressions.

The University of Rochester is a founding partner of the annual Keybank Rochester Fringe Festival.