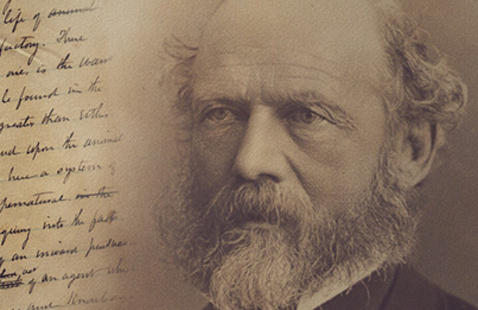 https://rbscp.lib.rochester.edu/579#LHM
View map Free Event
Add to calendar
Save to Google Calendar Save to iCal Save to Outlook

Final Week! 2018 is the bicentennial of the birth of Lewis Henry Morgan (d. 1881), a Rochester attorney and founding figure in the field of American anthropology. Morgan was an internationally famous scientist who served as president of the American Association for the Advancement of Science. His work was cited by Darwin, whose sons visited Morgan in Rochester. Morgan remains well known in anthropology for his studies of Haudenosaunee (Iroquois) social and political organization, but his evolutionary approach to the history of human societies, a direct influence on Marx and Engels, has fallen into disfavor.

Morgan was a prominent citizen of Rochester, and a successful businessman who served in the New York State Assembly and Senate. He bequeathed not only his library and papers to the University of Rochester, but also a sizable estate, which he earmarked for the creation of a women’s college. Nevertheless, Morgan is hardly as well remembered locally as his contemporaries Susan B. Anthony and Frederick Douglass.

This exhibit is part of a University of Rochester Humanities Project that aims to offer a critical appreciation of Morgan’s various legacies. Components of the project include: partnerships with community organizations; a speaker and film series; a research colloquium; public exhibits; and an innovative website offering digital resources for students, scholars and the public at large (http://rbscp.digitalscholar.rochester.edu/wp/Morgan200/).

Exhibits dealing with Morgan’s legacies are planned for fall 2018 at the Rochester Museum & Science Center, the Rochester Public Library (Office of the City Historian), and the University of Rochester Department of Rare Books, Special Collections, and Preservation.