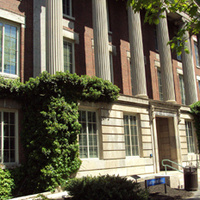 This talk aims to discuss the role of “root suppletion” in contemporary morphological theory.  Root suppletion is important because it represents data that is impossible to account for with concatenative models of stem allomorphy. The existence of root suppletion would then provide crucial counter-evidence to concatenation-based models of stem allomorphy.  Thus, the debate around root suppletion is largely about whether it even exists.  This question has proven to be resistant to being resolved as a simple empirical question.  Rather, it has been approached as a taxonomical question. We distinguish weak suppletion from strong suppletion (called “true suppletion” in the Distributed Morphology literature) and then ask:  what are the criteria we have for considering a particular stem alternation to be an example of “true suppletion”?

Sponsored by the Department of Linguistics.