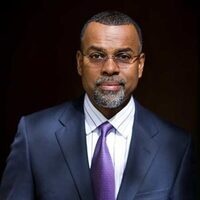 Glaude, who holds the title of James S. McDonnell Distinguished University Professor, is chair of the Department of African American Studies at Princeton and is the former president of the American Academy of Religion. Both an accomplished scholar and a dedicated public intellectual, he is the author of several monographs on religion and philosophy, and has also written in the New York Times and Time magazine and appeared on Meet the Press, CNN, and MSNBC.

His next book, Begin Again: James Baldwin’s America and Its Urgent Lessons for Our Own, will be released in April by Crown Publishing Group, a subsidiary of Penguin Random House.

The MLK Commemorative Address was instituted in 2001 to promote diversity, freedom, civil rights, and social justice. It’s co-sponsored by the Office of the President  and the Office of Minority Student Affairs.

Lectures and Talks, Ceremonies and Traditions

Anyone requiring special accommodations should contact the Office of Minority Student Affairs at (585) 275-0651 at least 5 business days in advance of the event.