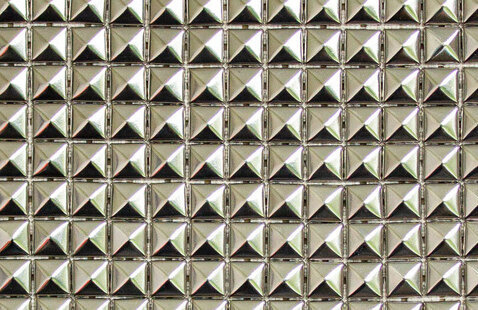 Rush Rhees Library, Frontispace Gallery at the Art and Music Library Ground Floor View map Free Event
Add to calendar
Save to Google Calendar Save to iCal Save to Outlook

https://www.sageart.center/frontispace-current
View map Free Event
Add to calendar
Save to Google Calendar Save to iCal Save to Outlook

Frontispace is pleased to announce an exhibition of work by Stefan Zoller, Monökrom.

Describing the exhibition, the artist says:

The pieces in this exhibition were made during the current plague year, though the seeds of their generation were sown during my adolescence. The aqua-blue cassette tape (Curator Dictator) was made in the fall of 1997. I was 11, and had come into possession of several discarded Focus on the Family cassettes featuring Christian children’s adventure tales, likely abandoned by one of my three older siblings, just waiting to be repurposed. I stuffed toilet paper into the two small squares on the top spine of the cassette, taped over them with scotch tape, clandestinely removed a copy of Metallica’s ...And Justice for All from my older brother’s CD rack and went to work. Each of the hundreds of plays that cassette had over the next few years was a small act of rebellion, and a step closer to self-discovery. It became a treasured object - sacred even - possessing a breadth and depth of empowerment I had never encountered before. Curator Dictator occupies this space now as a totemistic reminder of youth and the life-changing power of heavy metal music.

This work is emblematic of the most consistent and pervasive element of my artistic practice - the soundtrack of heavy metal music. Since day one, heavy metal has been intertwined in my relationship with visual art, whether fabricating or consuming it. It is as much a part of my work as the materials themselves. This exhibition is the first time elements of heavy metal’s distinctive visual presentation have manifested in my work in such a blatant manner, specifically through the use of denim, leather, studs, blackletter scripts, and physical media.

When presented with the opportunity to work in Frontispace, I felt that the exhibition itself should reflect the nature of the gallery - a transitory space into the art and music library. This work pays homage to the comfort and sustenance that art, music, and the creative process have given me and many others, particularly during uncertain times.

Brought us all together

It was you that set the spirit free

Stefan Zoller (b. 1986, New York) is a Rochester, NY based painter and visual artist. Zoller earned an MFA in Painting from Syracuse University in 2016. Prior to his graduate work, he worked as a studio manager and apprentice to the painter Thomas S. Buechner in Corning, NY.

Zoller is a professor of drawing, painting, and design at Nazareth College and the Rochester Institute of Technology. His work has been exhibited in group and solo shows nationally and internationally, including Bone Memory at SLA307 in New York, NY and Cairns at Leeds Gallery in Richmond, IN. Zoller’s most recent solo exhibition, Strata, was featured at the Gelbke Gallery in Hiram, OH in 2021.

Hours can be found here: https://www.library.rochester.edu/about/hours/art-music