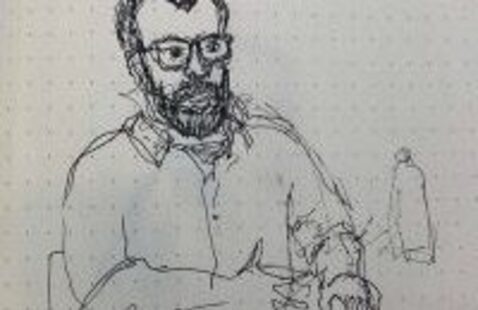 https://www.esm.rochester.edu/musicology/events/
View map
Add to calendar
Save to Google Calendar Save to iCal Save to Outlook

“The Air and the Opera House”

From the standpoint of music studies, the relationship between the singing voice and the earth’s atmosphere is one of figure to ground or event to medium. When compared to the meaning-saturated sounds of human vocality, in other words, the air around us appears transparent, uniform, and theoretically inert: air is voice’s enabling condition, nothing more. However, outside of music studies—as humans and other creatures struggle with global warming, air pollution, toxic wardust, smoke from runaway forest fires, and a deadly coronavirus that is transmitted from breath to breath—air is front-page news. What might music scholars learn if we turned the tables on voice and began taking air seriously? Drawing upon recent writing on the Anthropocene and the “nonhuman turn” in the humanities, this paper stretches and distorts the connotative field that surrounds the voice, treating it less as a human-centered sound and more as an atmospheric vector that connects humans with nonhuman creatures, industrial processes, and environmental temporalities. Reframed as a mode of consequential gaseous exchange, the vocal metaphor can now draw attention to the entangled expressive capacities of car exhaust, landfill methane leaks, El Niño, microbial respiration, bovine flatulence, covid, and yes, human choirs.

After laying out the conceptual groundwork for an “atmospheric” concept of vocality, the paper will give a close reading of one of the fragile, volatile songs that atmospheric voices sing. The scene of this particular more-than-human vocal performance is the Metropolitan Opera in the spring of 2022; the “song,” rendered strange by the air itself, is Tchaikovsky’s Eugene Onegin. In a time of war, pandemic, and ecological destruction, the voice’s double nature—as sound charged with meaning and air charged with particulate matter—signifies across multiple registers.

J. Martin Daughtry is an Associate Professor of Music and Sound Studies at New York University. In his writing and teaching he explores themes of acoustic violence; human and nonhuman vocality; listening and non-listening; Russian-language sung poetry; the auditory imagination; environmental humanities; extraterrestrial musicalities; the end of the world; and jazz. His monograph Listening to War: Sound, Music, Trauma, and Survival in Wartime Iraq (Oxford, 2015) received a PROSE Award from the Association of American Publishers, and the Alan Merriam Prize from the Society for Ethnomusicology. He is a founding member of the Analogue Humanities Archive and Symposium (AHAS), an enigmatic organization that, by design, has no internet footprint. Daughtry is currently writing a book on voice and air in the Anthropocene; collaborating with a group of European scholars and sound artists on new work related to the intersection of sound and violence; collaborating with a group of Brazilian scholars and sound artists on the theme of sound and environment; co-editing, with Nina Eidsheim, a volume on music and metaphor; and completing a volume of erasure poetry drawn from Herman Melville’s Moby Dick.