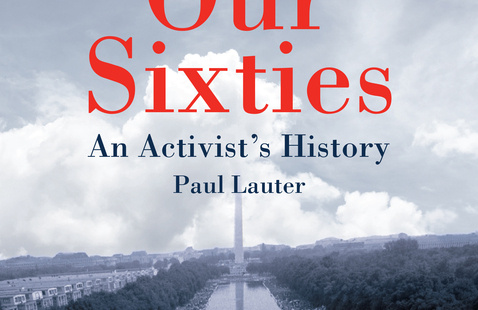 Paul Lauter was incredibly active throughout the movements for social change during the 1960s. The ways in which he participated are extensive.

Lauter worked as director of peace studies and as peace education secretary in the Chicago region for the American Friends Service Committee. He was the national director of two activist peace organizations (Resist and the U.S. Servicemen's Fund) and he worked in freedom schools and workshops in Mississippi. He also became director of the first community-controlled school project in the nation, was one of the founders of The Feminist Press, and he was active in the faculty and staff union at the State University of New York.

In his new book, Our Sixties—An Activist’s History, Lauter examines the values, the exploits, the victories, the implications, and sometimes the failings, of that conflicted time.

Paul Lauter is the Allan K. and Gwendolyn Miles Smith Professor of Literature Emeritus at Trinity College (Hartford). He was president of the American Studies Association and has won many awards, including, most recently, the Modern Language Association's Francis March Award for Distinguished Service to the Profession of English Studies and the Working-Class Studies Association's Lifetime Achievement Award.

The talk is free and open to the public. Please register to attend.