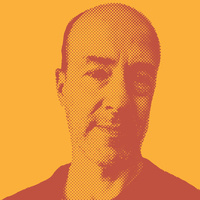 Andy Warhol loved television. From his cover design of the March 1966 issue of TV Guide, his unseen soap operas from the seventies – Vivian’s Girls, Phoney, and Fight, to his television appearances on Saturday Night Live, The Love Boat, and his own Andy Warhol’s Fifteen Minutes in the eighties, Warhol’s relationship with the medium was varied and playful. Join us for a virtual talk with Greg Pierce, Associate Curator of Film and Video at the Andy Warhol Museum, as he illuminates Andy Warhol’s relationship with television and how it intersected with and informed his painting, filmmaking, and photography as well as his own celebrity.

Live captioning will be available. FREE