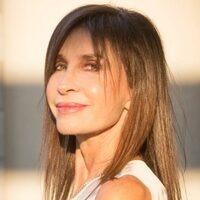 Carla Guelfenbein studied biology at Essex University. She also studied graphic design at St. Martin’s School of Art in London. Back in Chile she worked as Art director in BBDO, and fashion editor at ELLE. She is the author of the novels El revés del alma, La mujer de mi vida, El resto es silencio, Nadar desnudas, Contigo en la distancia, and a number of short stories which have appeared in important magazines and anthologies. Her work has been translated into 14 languages by the most prestigious editorial houses in Europe. Guelfenbein is one of the last best-selling phenomenas of the Chilean narrative. Her second novel ousted Dan Brown in the top of the ranking. Contigo en la distancia won the important Alfaguara prize, and was simultaneously launched in Spain and Latin America.

The Plutzik Series, one of the most prestigious and longest-running reading series in the country,has featured a vast array of famous and not-yet famous poets and fiction writers over the years. Thanks to Hyam Plutzik's generosity of spirit and commitment to bringing poetry to the community, the readings continue to be complimentary and open to the public.

For more information or to inquire about parking, please contact the Department of English at (585) 275-4092 or engdept@rochester.edu.