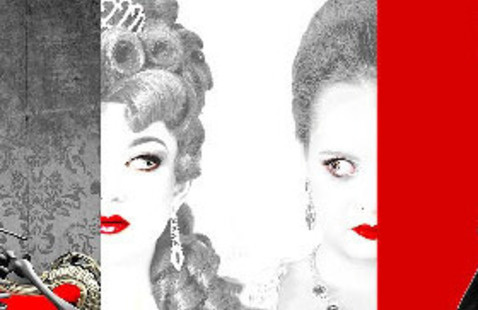 Eastman School of Music, Ray Wright Room View map Free Event
Add to calendar
Save to Google Calendar Save to iCal Save to Outlook

Andrew Porter has described the text of the opera: The plot is no cut-and-dried allegory but an elusive death-welcoming parable about a mad, murderous ruler, possibly redeemed at last, who says farewell to the world in a mock-Faustian vision of a natural paradise no longer spoiled by men; had his dream come true all men would be dead. The Emperor of Atlantis, ruler over much of the world, proclaims universal war and declares that his old ally Death will lead the campaign. Death, offended by the Emperor's presumption, breaks his sabre; henceforth men will not die. Confusion results: a Soldier and a Girl-Soldier from opposite sides sing a love duet instead of fighting; the sick and suffering find no release. Death offers to return to men on one condition–that the Emperor be the first to die. He accepts and sings his farewell.

There is no dialogue or character development. The songs, considered in order, tell a skeletal story similar to that of the opera Aufstieg und Fall der Stadt Mahagonny. As renowned Weill scholar David Drew writes, "The fleshpots of Mahagonny attract many visitors, but prove disappointing and expensive; God orders the inhabitants to hell, but they revolt, claiming they are there already" (Kurt Weill: A Handbook (U. of California Press, 1987), p. 171).