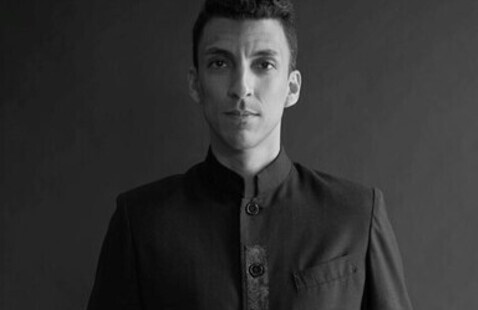 Too often in concert programming for performing ensembles, we feature themed concerts as a method of introducing diverse or different types of composers and music. But after the theme is put back on the shelf, the quick return to canonic music leaves much to be desired in the transformation of the education of performers and audiences alike.

By zooming out to have a wider view of an ensemble's performance schedule over a larger time period, rather than individual themes, we can reimagine the future of, even the evolution of a new method of programing to include music of ALL.

A Transformation in the arts will take activating an entire community, not just a single organization. Through collaboration with multiple organizations, and a focus on constant change rather than pop-up/themed experiences, we can sow the seeds of change for the future that are long-lasting, rather than short-lived moments of energy.

Dr. Trae Blanco serves as Director of Bands at Butler University where he conducts the Wind Ensemble, teaches undergraduate and graduate conducting, and administers the band area. After completing his BME at New Mexico State University (NMSU), Dr. Blanco served as Director of Bands at Las Cruces High School. Dr. Blanco holds a DMA in wind conducting from the Herberger Institute at Arizona State University, and a MM in Wind Conducting from the Jacobs School of Music at Indiana University. Prior to coming to Butler University, Dr. Blanco was the Director of Bands at the University of Southern Maine, and Murray State University. In July 2015, Dr. Blanco was a guest conductor with the United States Army "Pershing's Own" Concert Band in Washington, D.C. and in both 2015 and 2016 Dr. Blanco was a finalist in the American Prize in Wind Conducting. Dr. Blanco has published articles with the NBA and WASBE journals, and has been an invited presenter at the state conventions of West Virginia, Maine, The Midwest International Band and Orchestra Clinic, and the 2019 WASBE International Convention in Bunol, Spain.