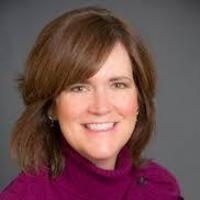 Now in its 15th year, the series has brought outstanding speakers to Rochester to give insight and ideas that have influenced public thinking about design in the public realm in Rochester. This year, in celebration of the 100th anniversary of women’s suffrage and the 200th birthday of Susan B. Anthony, we have chosen and all-female lineup of speakers, which are listed in the attached postcard. With the exception of the May 20 luncheon, all of the events are free of charge and open to the public.

Naughton has been a leader in comprehensive community revitalization for more than 20 years and was a founding staff member of Purpose Built Communities. In her role as President, she is responsible for leading the consulting teams that support revitalizations in more than 20 cities, as well as the teams currently vetting opportunities in more than 35 additional cities, including several in metro Atlanta. She ensures that clients are focusing their time and resources on the highest impact activities in their respective neighborhoods and serves as the primary public spokesperson for Purpose Built Communities at conferences and events around the country.