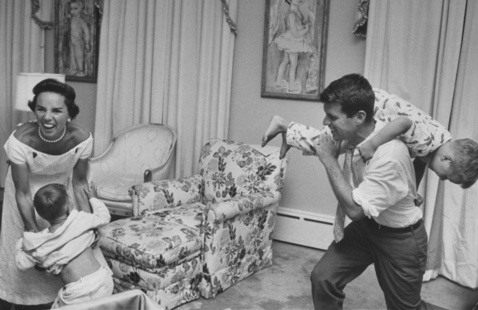 ETHEL is a feature-length documentary about the life of Ethel Kennedy produced and directed by Mrs. Kennedy's daughter, Rory Kennedy. ETHEL includes an interview with Mrs. Kennedy and interviews with seven of her children, providing unique insight into her family's story, life with Robert F. Kennedy, and the years following his death. The film is an insider's view of a political dynasty. The film also features a rich treasure trove of never-before-seen footage from the Kennedy family's private collection.