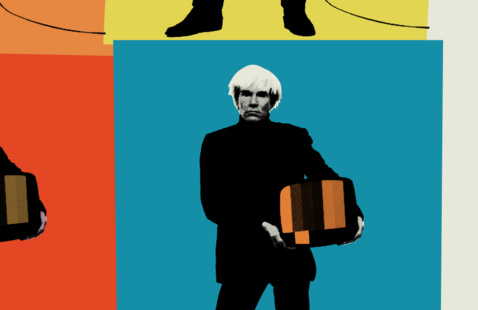 http://mag.rochester.edu/exhibitions/season-of-warhol-warhol-tv/ #WarholatMAG
View map Free Event
Add to calendar
Save to Google Calendar Save to iCal Save to Outlook

Andy Warhol was fascinated by television’s potential to be the great leveler, to “make everyone alike.” It didn’t matter if you were a countercultural regular at his parties at the Factory, a member of the traditional set, an upper-East side New Yorker, or a family from his hometown of Pittsburgh whose members worked in the steel mills. People had access to many of the same television shows coast to coast. For Warhol, television was a way to make anyone famous and he often used informal unedited footage, a forerunner of today’s reality TV, to feature both trivial and glamorous subjects. He himself often appeared as a guest in television shows and advertisements because he knew it would contribute to his own fame.

Please register for MAG timed tickets prior to your visit - here.