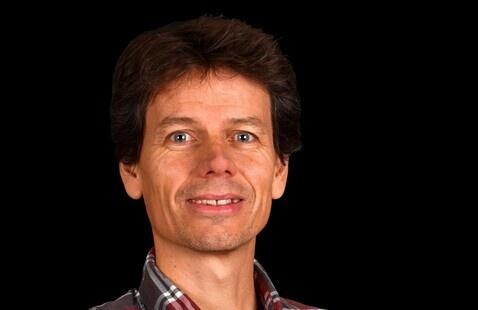 Wegmans Hall, 1400 View map
Add to calendar
Save to Google Calendar Save to iCal Save to Outlook

Elastography, sometimes referred as seismology of the human body, is an imaging modality now implemented on medical ultrasound systems, on MRI and recently in optical coherence tomography devices. It allows to measure shear wave speeds within soft tissues and gives a tomography reconstruction of the shear elasticity. Elastography is thus a palpation tomography. It is also an efficient tool to visualize in situ and to study elastic wave propagation in soft materials such as soft tissues, tubes and membranes.

The first part of the presentation is devoted to the description of passive elastography, developed in recent years at LabTAU. It consists in using natural shear waves of human bodies due to heart beating, muscles activities, to conduct palpation tomography. A demo should conclude this part.

Elastography experiment in a soft tube is also of interest. The pulse wave that can be felt with fingers along arteries is known to be an indicator of the cardiovascular health of a patient. But the physics of propagation of these guided waves still have secrets that will be discussed during this presentation.

The last part is devoted to elastography of membranes. Elastic membranes are often used as didactic demonstration of gravitation from the general relativity perspective. Indeed, trajectories of rolling spheres such as billiard balls influence each other through the deformation their mass print within the membrane tissue as would the space-time curvature of gravity. The analogy is pushed here using membrane waves. This allows revisiting through membrane waves, the famous 1919 Eddington experiment that demonstrated light deviations of stars in the vicinity of the sun.

Bio:
Stefan Catheline received the Diplome d’Etudes Approfondies (M.Sc. degree) in physics and acoustics (1994), his Ph.D. degree in physics (1998) from University of Paris VII (Denis Diderot) for his work on transient elastography and his “Habilitation de Recherche” in 2006.