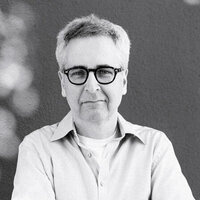 Stacey Hersh is a television and film composer. He will be discussing and demonstrating the ins-and-outs of creating music for television films. Growing up in Toronto, Canada, he became interested in music from an early age, studying piano and mallet percussion. His music studies took him to the Manhattan School of Music in New York City, where he majored in music theory, and to the Eastman School of Music, where he studied composition and arranging over the summer. He also got a degree in economics from the University of Toronto.

Now living in Los Angeles, Stacey Hersh combines his formal music training with a deep knowledge of electronic music and music technology. His music appears in hundreds of television episodes and over fifty television movies. In this lecture, Stacey Hersh will be discussing his approach to writing for picture, as well as his experiences in the world of film composition.

The masterclass is hosted by Audio and Music Engineering and the Electrical Computer Engineering.