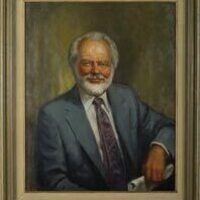 This memorial concert will be held in Hatch Recital Hall featuring performances by Eastman Clarinet Students and the sophomore wind quintet, Sequoia. If you are unable to attend in person, join us online via Livestream at https://www.esm.rochester.edu/live/hatch/.

Stanley Hasty, professor emeritus of clarinet, was born in 1920, graduated from Eastman in 1941, and joined the Eastman faculty in 1955. He also joined the Rochester Philharmonic at that time. Before coming to Rochester, he served as principal clarinet for the Cleveland Orchestra, the Pittsburgh Symphony Orchestra, the Indianapolis Symphony Orchestra, and the Baltimore Symphony Orchestra. He served as professor of clarinet or principal teacher of clarinet at the Cleveland Institute, the Peabody Conservatory, Indiana University, Carnegie Institute (now the Mellon Institute), the New England Conservatory, and the Juilliard School of Music. Mr. Hasty received the University Mentor Award for faculty members who have served as distinguished scholars and outstanding teachers, and the Eisenhart Award in recognition of outstanding teaching. In 1980, Eastman celebrated the “Hasty Festival” to commemorate his 25 years of teaching at the School. Mr. Hasty, who retired in 1985, was highly regarded as an eminent teacher whose students have risen to the top of their profession. Stanley Hasty died in June 2011.